Christmas in Russia: how do Russian women celebrate winter festivals

If you’re looking to impress Russian women this Christmas, then you should familiarize yourself with how Russians celebrate Christmas, and other winter festivals. 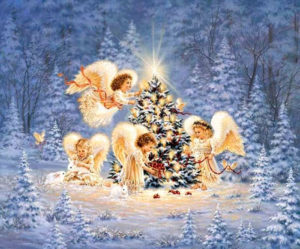 Celebrate Christmas with your Russian bride!

The first thing to note about how Russian women will celebrate Christmas is the date. While much of the world will celebrate on 25th December, in Russia the majority of the country will celebrate on 7th January. The Russian Orthodox Church celebrates the birthday of Jesus Christ on this date and it’s a very religious festival.

In the lead-up to this supper, in some Russian communities, people may fast on Christmas Eve up until the first star appears in the sky.  Popular Christmas dishes that Russian women may enjoy at Christmas include sochivo, a porridge-like mixture which will often contain rice, honey, poppy seeds and fruit.

Some devout Russian families may then return again to church later in the evening for the All Night Vigil, while services on Christmas morning are also popular.

Instead, 25th December is an unofficial holiday in Russian, and only Russian ladies who are catholic – a small minority of the country’s population – will celebrate Christmas on this day.  Indeed, 7th January only became a national holiday in Russian in 1992.  It’s worth noting, that the country has a ten-day holiday at the start of each year.

Winter festivals in Russia – what else will Russian women celebrate 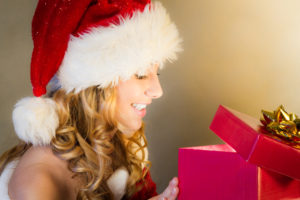 Surprise your lady with a special Christmas gift!

While Christmas is celebrated later by Russian women, it’s worth noting that The Orthodox Church also celebrates advent.  This festival lasts for 40 days and every year will begin and end on the same dates; 28th November until 6th January.

One of the biggest celebrations of the year for Russian women is New Year, often outweighing Christmas in terms of importance.  It’s an incredibly traditional celebration in Russia. It’s also a time when Russian families will again be together, usually attending shows or fireworks displays before watching the president address the country on TV.

Again, food plays an important part of the New Year celebrations in Russia, New Year’s Day is when Santa Claus, or Ded Moroz in Russia, visits delivering gifts to children.

In addition to the conventional New Year’s Eve date of 31st December, there is also an ‘old New Year’, celebrated in parts of Russia on 14th January.

Aside from Christmas and New Year, it may be of interest to note other winter festivals that Russian ladies may be interested in.  These include Moscow’s Russian Winter Festival which actually takes place during the same time as many other towns and cities across Russia celebrate with regional festivals.

It’s a major cultural festival and is celebrated annually, often with more vigor than the previous year .

Meet your gorgeous lady this Christmas!