Blog
Five Things You Shouldn’t Say to Your Latin Lady

Five Things You Shouldn’t Say to Your Latin Lady

Here’s one thing that most guys can agree on; that is that dating a Latin lady is something many aspire to. They’re beautiful, vibrant and have great personalities.

All that may be true, but unfortunately men often ruin their chances with a Latin lady by saying the wrong thing. And when we say the wrong thing, it can either be something which irritates the woman, or worse still, offends her. 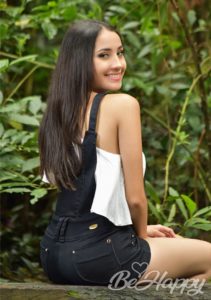 Let’s chat! I will be waiting for your message!

See, Latin women can come from any number of countries, so it’s time to ditch any stereotypes and actually educate yourself on how you should be speaking to your Latin lady. If you’re already in a relationship with one, you’re going to need to know how to avoid making the mistake of saying the wrong thing.

So, here are five things you shouldn’t say to your Latin lady:

First and foremost, and this is probably true of any woman, but don’t comment regularly on how good other women look, certainly if you’re in the early stages of a relationship. Latin women are fiercly proud of their good looks, so if you show signs of having a wondering eye, she could react any number of ways, none of which are negative. 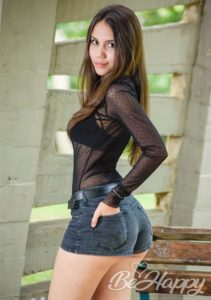 Let’s spend this autumn together!

Unfortunately, the movie industry has given us a totally inaccurate view of how a Latin lady speaks and how they like to be spoken to. So, first thing’s first, don’t call her ‘Mami’. This actually means ‘mum’ anyway, so it’s weird. Just because it works in movies doesn’t mean you should try it in real life.

Don’t ask her where she’s from ‘originally’

Latin women can be a little misunderstood when it comes to their nationality. Put simply, Latin women are found all over the world so if she says she is from a certain country, don’t then question it with a stupid line such as ‘where are you from originally?’.

Another common misconception is that all Latina women speak Spanish or come from Spain. This is not always correct, so don’t make yourself look stupid by asking her.

Finally, a Latina woman may not always look like you perceive them to be. Hair colour, eye colour and even skin tone can differ, so don’t offend your Latin girl by suggesting that she doesn’t look Latina.