Blog
What can a pet say about your Russian woman?

What can a pet say about your Russian woman?

In Russia, there is a long-standing tradition for its people to own pets. Most of the Russian women love pets. Many of the pets owned are similar to those owned in the western world, but with some exceptions.  A pet can tell you a lot about your Russian woman. 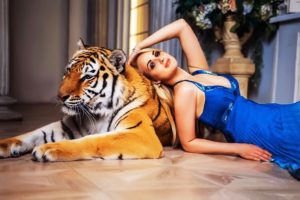 Will you be my tiger?

Owning a pet in Russia is incredibly popular, with everything from cats and dogs to animals more traditionally thought of as being wild being kept by Russian women. Talking about pets is a great way to break the ice on any dating website, and learn more about your Russian lady.

Pets offer great companionship to their owners, and Russian ladies love companionship along with the feeling of closeness and love.  A Russian woman who has a pet is likely to be warm-hearted and open to new relationships. They’ll be glad of the company and love that you can provide. If you are able to get along with their pet and show an interest in them as well, your relationship will be off to a great start. By looking at what pets a Russian woman keeps, you can find out more about the lady as well. 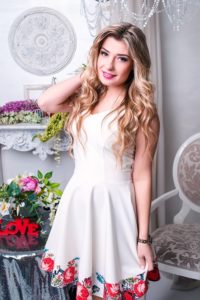 For many years, dogs were the favored pet of many people in Russia.  A Russian lady who chooses to have a dog may, like those in the western world, enjoy the companionship. They may also be slightly more agreeable and extroverted.

For decades, owning a purebred dog in Russia was incredibly popular, with the size or rarity of the dog often comparative to the wealth of the family that owned it. If your Russian woman comes from a rich family, or she likes the old-fashioned values, then this may still be relevant today and it could be a status symbol.

Cats are incredibly popular in Russia also, with 35-40% of the population reported owning a cat.  If your Russian woman has a cat at home, this could tell you more about them, while the breed of cat can also be telling. If your Russian woman has a cat, they are likely to be more adventurous than those who own a dog for example, although may also be more likely to suffer from anxiety.

Unlike with dogs, many Russian women do not mind whether a cat is purebred or crossbred. Russian ladies want to have a cute animal next to them no matter what breed they are of.  However, traditional breeds of Russian cat include the Russian Blue and the Siberian, so if your Russian woman has either of these it is likely they are patriotic. 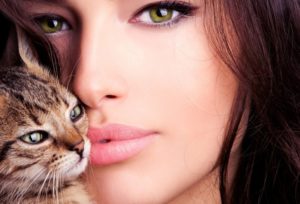 After dogs and cats, the next most popular pet to keep in Russia is a fish, followed by birds and then other small animals such as hamsters and guinea pigs.  A Russian woman that keeps fish probably enjoys a simplistic life, or on the opposite end of the scale has a busy life which makes keeping any other pet impossible.

Russian ladies that keep birds are likely to enjoy being outgoing and dominant in their personality, and they’re also going to be expressive.  So, keep this in mind when speaking with or living with your Russian woman, they will like to steer much of the relationship themselves.

Pets are a sign of a kind-hearted woman. Meet your caring lady online!