Like every country, Ukraine is proud of its homegrown heroes, and when it comes to celebrities, there are several that Ukrainian singles really admire.

Ukrainian’s are proud, independent and strong people and this is reflected in the well-known personalities that Ukrainian singles really admire.

So, without further ado, here are three Ukrainian female celebrities who are admired by Ukrainian singles. 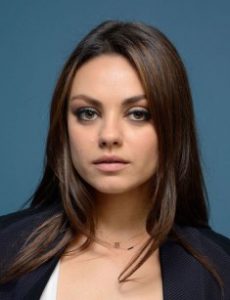 Gorgeous Mila is a good example of a true Ukrainian beauty

With 30 movie credits to her name, Kunis married fellow actor Ashton Kutcher in 2015 and remains at the forefront of the Hollywood scene, always conducting herself with great dignity.

She is seen as a strong woman who Ukrainian singles are very fond and respectful of, while she has also successfully battled against eye conditions that caused temporary blindness at one point.

She’s a huge favorite with both men and women of all ages in Ukraine, and it’s easy to see why.

Olya Polyakova is one of Ukraine’s most recognizable female faces. The 34-year-old pop star has won several music awards in her home country and is regularly seen on television, advertising billboards and her music can frequently be heard on the radio.

Ukrainian singles love her, not least due to her individuality and determination to be herself. She is well-known for liking to wear large, colorful and eccentric outfits and is never one to shy away from issues at hand. As a result, she has earned respect as a strong woman and one that many young Ukrainian ladies admire greatly. 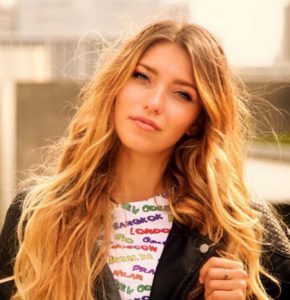 Born in Odessa, Regina Todorenko has sprung to prominence in Ukraine as one of the most popular female celebrities in the country. Having studied at university to achieve a solid education, Regina then built herself a career to be proud of. She went to stage school and became a presenter on the popular Ukrainian television show, Oryol I Reshka.

Ukrainian singles adore Regina because of her hard-working success story. She released her first music single in 2015 and has since gone on to star on reality TV shows helping to develop the next big Ukrainian talents. Despite all this, she’s still only in her late 20s!